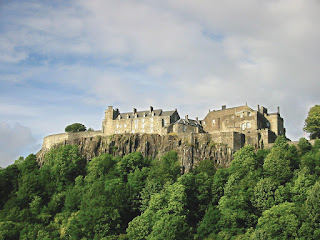 The year is 1651 and Stirling Castle is under siege. Scotland has been defeated by the Auld Enemy at the Battle of Dunbar, the English army has invaded the south of the country and is desperate to lay claim to the majestic stronghold of Stirling which guards the route north.

Come along to Stirling Castle on Saturday 9th and Sunday 10th October and step back in time to the days of the Covenanters and this crucial period in the history of both the castle and Scotland.

The two-day Holding Scotland For The King 1651 family event revisits this important siege -which heralded the rapid collapse of Scottish control in the face of the English invasion – and brings to life the characters and weapons of both the Scots and English troops of the period.

A large cast of historical interpreters and costumed performers will be staging a spectacular series of colourful parades, with artillery and firepower displays, musketry exchanges and pike drill, and static tableaux providing an insight into battle camp and garrison life.

Events Manager Nick Finnigan says: “The 1651 siege of Stirling Castle, although brief, was incredibly important and marked a turning point in the history of our country. Our costumed performers will be highlighting the background – why Scotland was at war with England and the eventual outcome - illustrating what military life would have been like for the troops involved, and demonstrating a variety of interesting aspects such as the weaponry and costume of the period.”

The programme for both days is as follows:

 12:00 Opening parade into the castle from the Esplanade and welcome in the Inner Close.

 13:00 The Siege begins - musket skirmish from the walls

 15:00 Parade of musketeers and display of

 16:00 Display of firepower featuring cannons and muskets and culminating in the closing parade of the army out of the castle

Holding Scotland For The King 1651 is on from 12.00 noon to 4pm on both days, with all the entertainment and activities included in Stirling Castle’s normal admission price: adults, £9.00, concessions £7.20, children £5.40, and free for Historic Scotland Members.

 Stirling Castle is one of Scotland’s grandest castles due to its imposing position and impressive architecture. From the castle’s ramparts, visitors can take in views over two of Scotland’s most important battle sites – Stirling Bridge (1297) and Bannockburn (1314). The castle is at the head of Stirling’s historic old town, off M9 junction 9 or 10. Tel: 01786 450000. For details of opening times and further information on the castle, visit www.stirlingcastle.gov.uk.

 Major conservation work has been carried out at Stirling Castle over many years to preserve the attraction as a major national and international monument. An ambitious £12 million scheme, the Stirling Castle Palace Project, is currently underway (due for completion in Spring 2011) to restore and refurbish the Royal Palace at Stirling and present the Royal Lodgings as they might have appeared in the heyday of Scotland’s Stewart court in the mid 16th century. An interpretive display on the court of James V will be created in the palace vaults and a Renaissance Gallery on the upper floors of the palace will house the original Stirling Heads, a rare group of intricately carved oak ceiling medallions depicting kings,queens, courtiers and mythological creatures. Costumed interpreters will bring to life the history of the 16th century to enrich visitors’ enjoyment.

 Stirling Castle is one of the most popular of 345 outstanding heritage properties and sites in the care of Historic Scotland. Ranging from prehistoric dwellings to medieval castles, and from cathedrals to industrial buildings, these include some of the leading tourism attractions in the country.For further details of all of Historic Scotland’s sites visit: www.historic-scotland.gov.uk/places

 Historic Scotland’s Mission is: to safeguard Scotland’s historic environment and to promote its understanding and enjoyment. 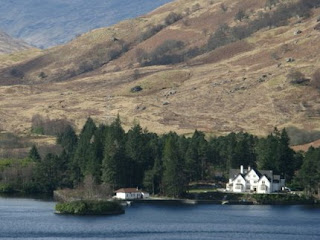